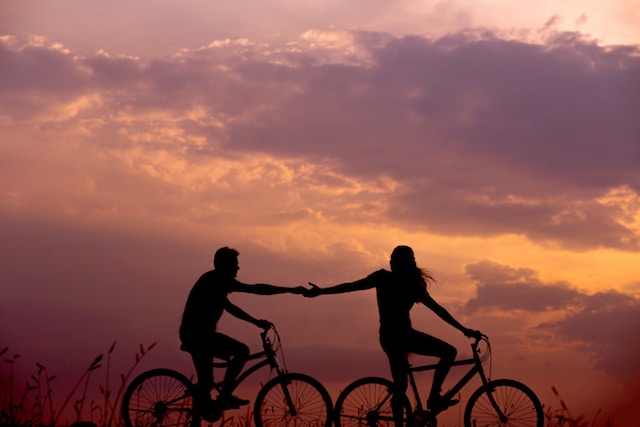 Valentine's Day Special - Where does the word 'love' come from?

Thanks to Valentine’s Day, February is the month we associate with love, amour and lust. Interestingly, each of these three English words – synonyms of love – all have roots from different European languages.

So let’s take a closer look at where these words come from and what they have in common.

Liebe in German. Liefde in Dutch. Любовь or lyubov’ in Russian. Love in English or lufu in Old English.

While at first glance these words might seem completely different, they are in fact actually very similar. Structurally speaking, their similarity is quite uncanny. For a trained linguist, this is essentially the same word four times over, just slightly varied.

For example: they all start with an L  and contain a long vowel sound in the middle: ie in German and Dutch, and yu in Russian – in today’s English the vowel sound is a short one, but historically it used to be long, too!

And in terms of phonetics, the sounds /v/, /b/ and /f/ aren’t very distinct from each other: /v/ is just the voiced version of /f/. In some European languages like Spanish /b/ and /v/ are so similar they’ve basically become the same sound.

You can learn more about voicing and devoicing here. Do the consonants in the language you’re learning and your native tongue have the same voiced and unvoiced consonants, or are they different?

Amour in French. Amor in Portuguese and Spanish. Amore in Italian.

The English word ‘amour’ comes directly from the French: l’amour. And with the Spanish, Portuguese and Italian variants all being so similar, this means that this word comes from Latin.

In Latin, the noun for love is ‘caritas’, like the charity, but the verb ‘to love’ is amare, which is where the modern day French, Spanish and Italian word stems from.

You can be forgiven if you think this word entered the English language at the height of French cultural dominance in Europe in the 18th and 19th centuries. It originally came into use in English around 1300 and was spelt ‘amor’ and pronounced with the stress on the first syllable: /’amor/

It wasn’t until a good few centuries later the word was nativized and the stress shifted to the second syllable. This made it sound and feel more like a native English word, as English likes the stress to be on one of the last syllables.

You can read more about stress in pronunciation here. Where does the stress usually fall in the language you are learning: at the beginning, middle or end?

Kärlek in Swedish. Αγάπη or agápi in Greek. Cariad in Welsh.

In other European languages, the word for love has a completely different origin. These words haven’t come from the Germanic root, like English and Dutch, nor from the Latin root, like Spanish and French.

The Swedish word is very representative of the Scandinavian languages, with Norwegian and Danish using a similar variant to the Swedish word: kjærlighet and kærlighed respectively. This word is in fact connected to English via the word care or caring. In fact, the first syllable in all four languages is pronounced very similarly.

The Greek word might look very odd and different but it is where the English word ‘agape’ comes from. No, not agape in the sense of open, as in ‘he watched with his mouth agape’, but rather as in the meaning of love. You can check out the Oxford definition of both meanings of agape here.

The Welsh word stems from the verb ‘caru’ i.e. to love. Welsh is a very old language, dating back before the time of the Roman Empire. While finding out the etymology of such an old word in such an old language might be a challenge for the linguists, it’s interesting that this Celtic word has now passed into English and is being used by English speakers in Wales to refer to people the way the English refer to others as ‘darling’.