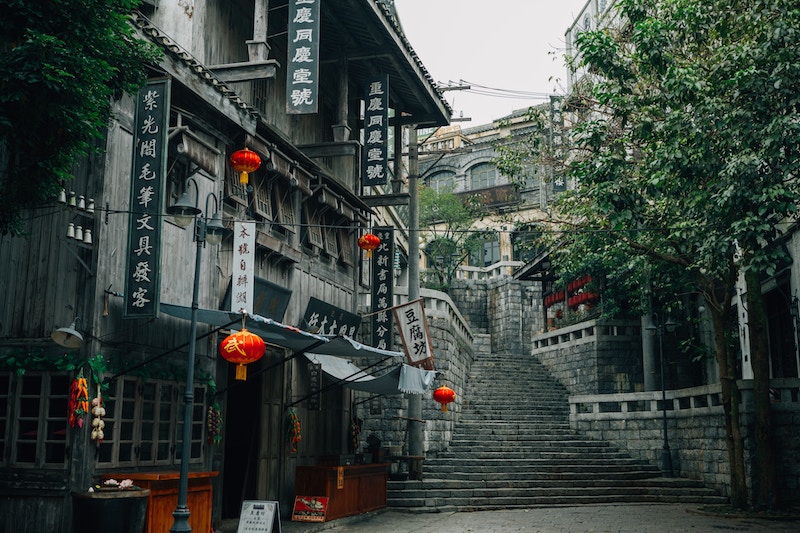 What language do they speak in China?

One of the reasons given in 5 reasons to learn a foreign language was the fact that learning a new language means you could earn more money. As the world becomes more globalized and international trade and relations sore, one of the booming economies of the world today is China.

In the 5 most spoken languages in the world Chinese ranked number 1. There are more Chinese speakers in the world than any other language and by a long stretch!

What’s more, while Chinese does have a notoriously difficult tonal system, the grammar is actually the easiest part of the language! For most languages, grammar is where learners usually run into difficulties.

So is it maybe worth learning Chinese? Well, here’s an overview of the Chinese language, or maybe that should be ‘the languages of China.’

More than one language

Due to the linguistic policy of China, it’s easy to mistake Chinese as a single language. It’s often referred to as Mandarin and its spelling system is often called Simplified Chinese.

In reality, China has a wide variety of languages. The predominant language is Hanyu and it is divided into 7 major groups. For political reasons, these are all officially viewed as dialects, but in reality many linguistics would classify some of them as completely different languages.

That said, they all share the same writing system – Simplified Chinese – and Mandarin is the variant which is used in official life, at school and university, and of course in the work place.

Despite the dominance of Mandarin, there are still several other languages widely spoken in China, including:

So lets take a closer look at some of the languages spoken in China.

In Chinese, this is known as 普通话 Putonghua – Standard Chinese – or 官话 Guanhua – the speech of officials. In reality, as mentioned above, it is a group of languages stretching from the North East of China to the South West, with many variants mutually unintelligible.

But that is the very reason why Standard Chinese exists and the Simplified Chinese writing system was developed. When you go to Chinese websites, watch Chinese TV, read Chinese newspapers or go on a Chinese course or use a language learning app, the variant you are being exposed to is almost always Mandarin Chinese.

However, there is a second Chinese language which you can come across quite easily, especially if you’ve ever been to the south of China, Hong Kong, Macau, or to any of the Chinese expat communities around the world. That language is Cantonese.

Guangdong is a major province in the south of China based around the Pearl River Delta. It’s located close to Hong Kong and Macau. Historically, it was known as Canton, which is where the name Cantonese comes from.

The Chinese communities around the world, particularly in Western countries, like those based in London and the rest of the UK, have often stemmed originally from this region, including the former colonies of Hong Kong and Macau. This is why outside of China the variant of Chinese you will often come across is Cantonese and not Mandarin. Examples of Chinese communities which are predominantly Cantonese speaking around the world include:

Cantonese has its own vocabulary, grammar and pronunciation. It is not mutually intelligible with Mandarin Chinese. Unfortunately, this means you can’t learn one and you’re half way to learning the other. The two languages are very different.

Tibetan, Mongolian and other languages

Over centuries, China has expanded and grown. The territories which now form part of the People’s Republic of China include lands which were once their own independent countries or parts of other nations.

But it also includes Chinese lands which are simply border regions. A bit like in northern Italy, which borders with Switzerland and Austria and where people speak German as their first language, in the western regions of China you will find speakers of:

In the North East of China you also find Korean speaking communities due to the proximity to the Korean peninsular. At first, this might sound strange but it’s no different to the Danish speaking communities which are found in the northern most part of Germany, which borders with Denmark.

So there you have it, the languages of China. If you’re considering learning Chinese, what is your reason for learning and which one of the languages do you thunk you will go for? Let us know in the comments below or via one of our Social Media channels.

How to start learning Spanish